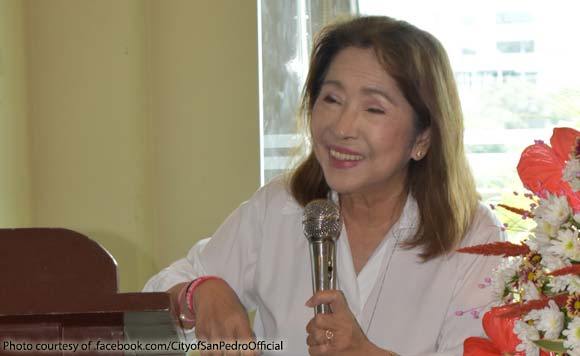 San Pedro Mayor Lourdes Cataquiz has honored one of her predecessors, former Mayor Ernesto Cimaco, by unveiling his portrait.

Cimaco served as mayor from January to March 1988.

Cimaco’s portrait will be hung at the city’s Ceremonial Hall, according to the San Pedro local government.

Other San Pedro officials and members of Cimaco’s family joined the unveiling ceremony.

It was a project of the City Tourism, Culture & Arts Office, and the Public Affairs and Information Office.