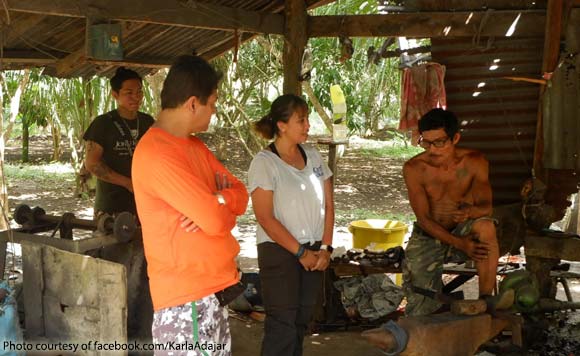 San Pablo Councilor Karla Adajar was so impressed with a blacksmith who she met in Alaminos.

The blacksmith or panday was making a bolo when Adajar saw him, and she could not help but remember the TV series Panday that starred Jericho Rosales.

In a Facebook post, Adajar said she was moved to sing the theme song of the teleserye while watching blacksmith Hesus do his thing.

His reaction was just to laugh.

This probably meant that he was impressed with her voice, she joked.

At least he had no violent reaction!