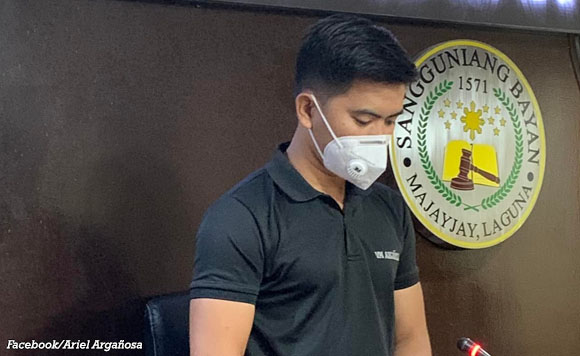 Ariel Argañosa became Majayjay Vice Mayor on March 12, 2020, and he has looked back on the lessons he has learned after his sudden elevation to the position.

In a Facebook post, Argañosa said his term as Vice Mayor has been challenging, but he was able to overcome obstacles and be happy in his position.

In those two years, he had to have strength of character, patience, and the fortitude to withstand negativity.

He had to push back and speak up even on his own.

He had to be a fighter, he said.

He called on his constituents to never give up and to not be afraid to take risks.

Getting out of their comfort zones and taking a leap of faith could be a good thing, he said.

These will allow them to grow, just like he did!

Politiko would love to hear your views on this...
Post Views: 12
Tags: Ariel Argañosa, Majayjay