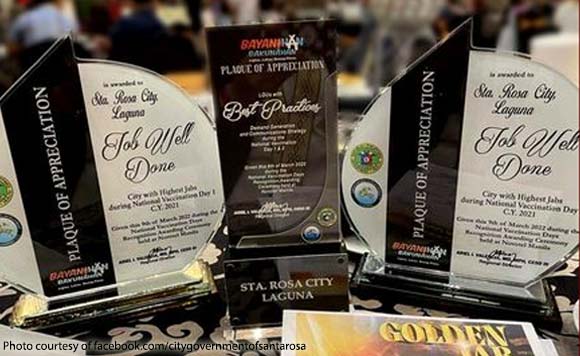 Sta. Rosa City is turning out to be a role model when it comes to COVID-19 vaccination.

In a Facebook post, the city government said its first award was for administering close to 39,000 doses during the first national vaccination drive, which was more than the target set by the Department of Health.

The second award was for administering more than 47,000 doses during the second national vaccination drive.

This was the highest number for a local government in Laguna and second highest in the Calabarzon region.

Sta. Rosa’s third trophy was for being a local government with the best practices in the mass vaccination campaign.