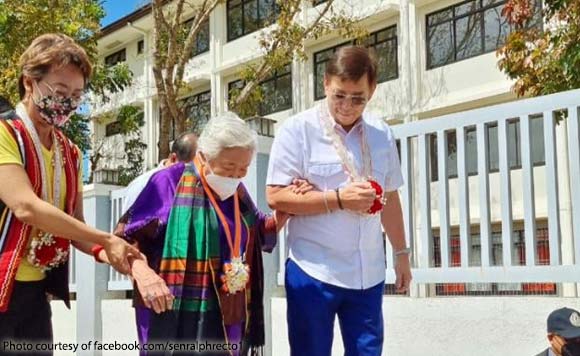 In a Facebook post, Recto said a running joke between them is that he is her favorite student, and she is his favorite teacher.

He kept the joke running when the two of them joined the inauguration of 130 classrooms at the Basilio Fernando Air Base Civilian Education Center in Lipa City.

They also shared a meal together and appeared to enjoy each other’s company.

The 81-year-old Briones remains sharp and full of life, he said.

Is he the teacher’s pet?

That is the running joke I share with my ‘favorite teacher” DepEd Sec. Leonor ‘Liling’ Briones over a hearty meal in Batangas today.

At the age of 81, Sec. Liling stays sharp and full of life, as she joins me in inaugurating 130 classrooms during the turnover ceremony in Basilio Fernando Air Base Civilian Education Center in Lipa City.

With us in the ceremony are Lipa City officials led by Mayor Eric Africa,” Recto posted.

Politiko would love to hear your views on this...
Post Views: 18
Tags: Batangueño, DepEd, Ralph Recto