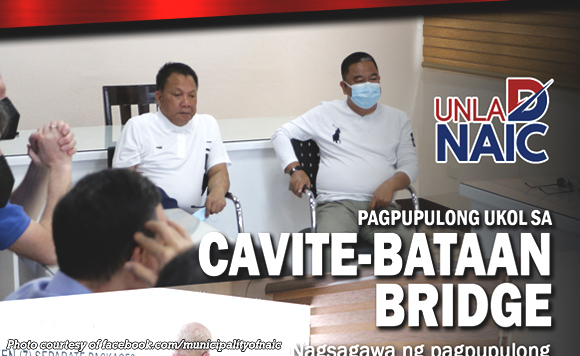 The plan to construct the Cavite-Bataan Interlink Bridge is making progress, according to Naic Mayor Junio Dualan.

The gateway to the bridge connecting the two provinces would be in Naic, Dualan said.

Dualan recently met with officials in charge of the project to discuss the plans for it.

The project is a testament to Naic’s progress as well, he added.

Politiko would love to hear your views on this...
Post Views: 88
Tags: Cavite-Bataan bridge