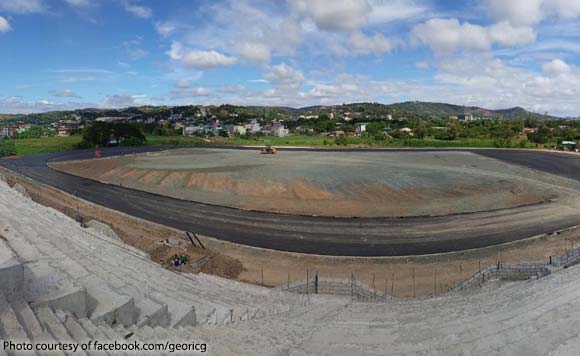 The construction of Taytay’s sports complex is underway, and progress is being made, according to according to Mayor Joric Gacula.

The massive grandstand at the complex would soon get its roof, which would come from overseas, said Gacula.

This is the latest update on the progress of the new sports complex, said the mayor, who bared the developments on Facebook to respond to critics.

He said his rivals are saying that the plans for the sports complex can only be found on calendars and fans.

But he said there is actual progress being made.

Aside from the grandstand, the complex would also have an olympic standard track oval and a football and baseball/ softball field.

It will be a one of a kind complex, he said.

He blasted critics for belittling the project.

Politiko would love to hear your views on this...
Post Views: 35
Tags: grandstand, sports complex, Taytay