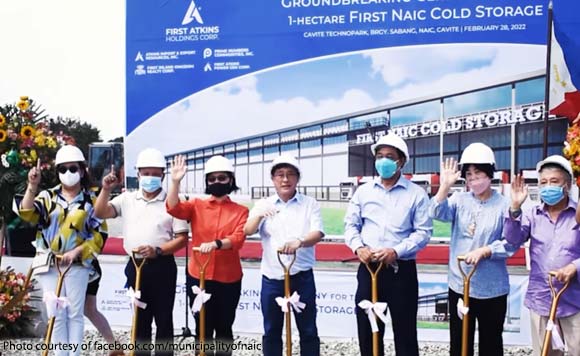 Naic will soon get its first ever cold storage facility.

But it will not just be the first in Naic; it will also be one of the biggest cold storage facilities in the country, according to Mayor Junio Dualan.

Dualan led the groundbreaking for the facility, which would be one hectare big.

It would be constructed at the Cavite Technopark in Barangay Sabang, he said.

He looks forward to the jobs it would create for the people of Naic, he said.