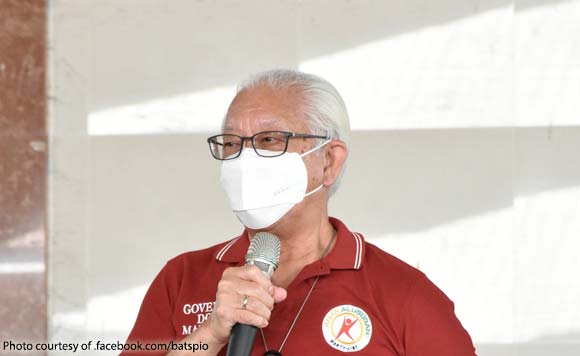 Commenters weren’t having any of Batangas Gov. Dodo Mandanas’ efforts to commemorate the 36th anniversary of the EDSA People Power Revolution.

In a Facebook post, the Batangas Public Information Office shared a message it attributed to Gov. Dodo Mandanas to mark the historic event.

Many of the commenters roasted Mandanas for commemorating the historic even after endorsing the presidential bid of Ferdinand “Bongbong” Marcos Jr., the son and namesake of the late dictator whose abuses triggered the mass uprising.

One commenter said Mandanas’ words and actions were contradictory, and asked him how he could claim to celebrate the EDSA spirit while backing Marcos Jr.

The commenter dared the governor to be true to his actions, and said the people of Batangas would not believe his words.

Others called Mandanas two-faced and a trapo.