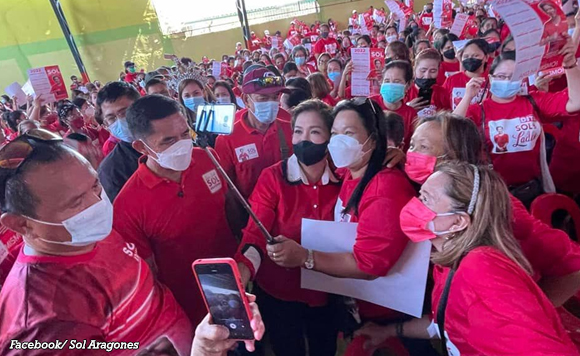 Gubernatorial candidate and Laguna Rep. Sol Aragones hopes those who keep on taking down her tarpaulins get pricked by their conscience.

In a Facebook post, Aragones asked those who dismantled her campaign paraphernalia to think about what they have done.

She said her tarpaulins were just donated to her and they were not even that many.

As for her supporters, she appealed to them to remain calm amid actions like this.

Her tarpaulins may be removed, but her supporters will remain, she said.

They will serve as her living tarpaulins who will be with her up to the end, she added.

They can’t take down Team Sol!