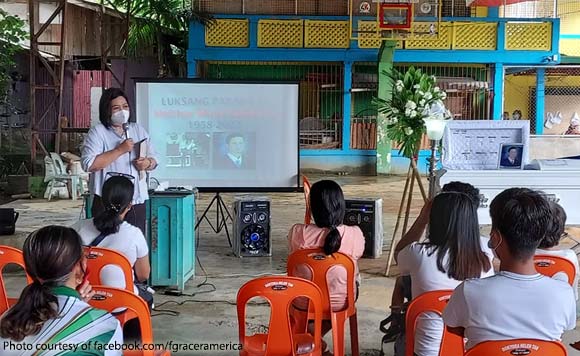 Infanta honored the works of one of its own homegrown talents, musician Melchor Sabiduria, after he passed away recently.

Infanta Mayor Filipina Grace America led the tribute to Sabiduria and condoled with his family and loved ones.

America gave thanks to him for his works and accomplishments.

Sabiduria had been the first child from Quezon who was able to join a singing contest in Tita Betty’s Children Show” in 1970 when he was 12. He won 3rd place, she said.

He was the first composer from Infanta and was able to write five songs that were recorded by Alpha Records from 1981 to 1989.

He also shared his talent with Infanta and worked as a musician, she said.