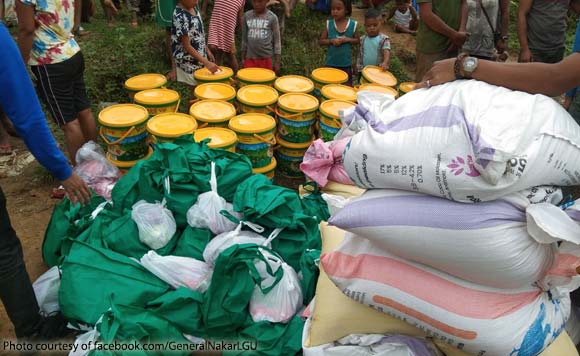 Indigenous people from General Nakar received P3,000 worth of goods for their hard work.

They were the beneficiaries of the local government’s Food for Work program.

The goods they received included rice, bread, spaghetti, and laundry soap, among others, acoording to the General Nakar local government.

This was equivalent to their 10 days of work on a fishery project, ornamental gardening, and vegetable planting, it said.

The Food for Work program makes them partners of the local government, it said.