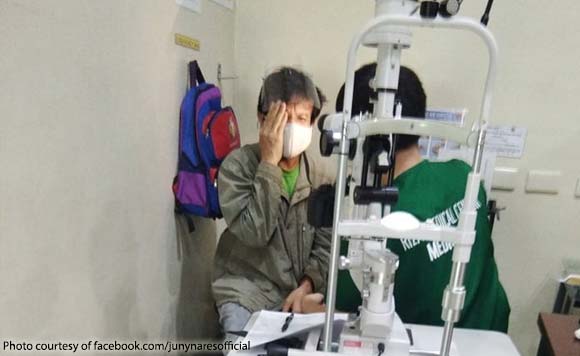 Antipolo Mayor Andrea Ynares has come to the aid of a 48 year old man whose eyesight is deteriorating.

Winston Isidro’s eyes started failing in October 2020, and his cousin sought the help of the Antipolo government.

Ynares said she saw the cousin’s message asking for assistance as Isidro did not have the means to have his eyes treated.

The mayor said she had Isidro brought to an ophthalmologist, and he will have an RT-PCR and other laboratory tests later this month in preparation for his treatment.

She asked for prayers for him to be given clearance for the operation so that he could regain his eyesight.