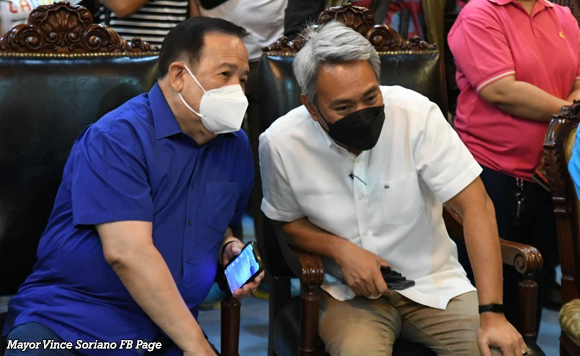 Pakil Mayor Vince Soriano is all for Dick in the Senate.

Soriano has declared his support for the senatorial candidacy of Richard Gordon, who is his Upsilon Sigma Phi fraternity brother.

In a Facebook post, Soriano shared that he joined Gordon when he and members of the Leni Robredo-Kiko Pangilinan tandem paid a courtesy call to Laguna Gov. Ramil Hernandez.

Soriano, a Marcos supporter, said it was part of Philippine culture to entertain visitors even from rival political parties.

He would have welcomed the team of Isko Moreno and Willie Ong had he known they would drop by the municipality, he said.

People may have different bets in this race, but he hopes for peaceful, clean and honest elections, he said.