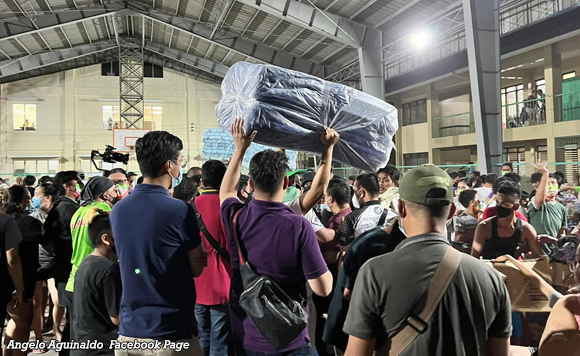 The local government of Kawit has come to the aid of Cavite City residents who lost their homes in a massive fire.

Aguinaldo said Kawit will never forget how it was to be affected by a big fire.

He said he hopes that Kawit’s assistance would help them recover from the tragedy.

It is always willing to help, he added.