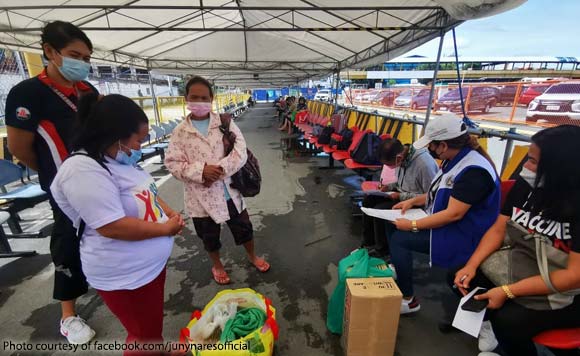 The Antipolo City government has sent home a member of the Mangyan who it rescued in December after finding her wandering in the city.

She was fetched by her sister Elvina and social welfare personnel of Roxas, Oriental Mindoro.

Ynares said Baringay was found wandering in Sitio Dalig, and she posted about her on Facebook on December 22.

Baringay, a mother of two, told officials that she left Roxas and did not realize that she was already in Antipolo.

The mayor said she was acting strangely and was referred to the National Center for Mental Health for an online psychological assessment.

On January 7, a neighbor of Baringay got in touch with Antipolo after seeing Ynares’ post about her that was shared by a concerned citizen.

The Antipolo government immediately got in touch with the municipal social welfare officials of Roxas, and Baringay’s family was located.

After ensuring that Baringay was negative for COVID-19, she was sent on her journey home, said Ynares.