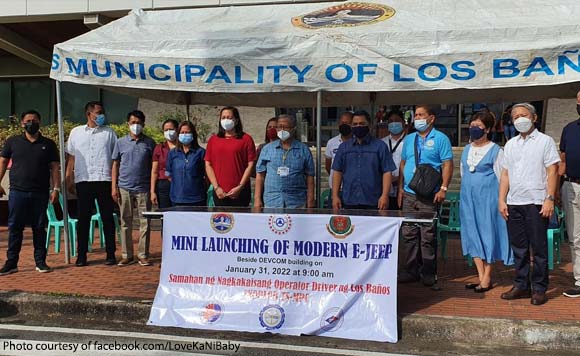 People in the University of the Philippines- Los Baños now have the choice to ride a modern, environment-friendly vehicle around campus.

Los Baños local government officials led by Mayor Antonio Kalaw and Vice Mayor Josephine Sumangil Evangelista joined the Los Baños transport cooperative and officials from UPLB, the Department of Transportation, and the Department of Energy during the mini-launch of the E-Jeep.

Evangelista said the vehicles are greener and cost-effective.

She thanked the transport cooperative for pursuing the project.

Politiko would love to hear your views on this...
Post Views: 26
Tags: Los Baños, Modern E-jeep, University of the Philippine, UPLB