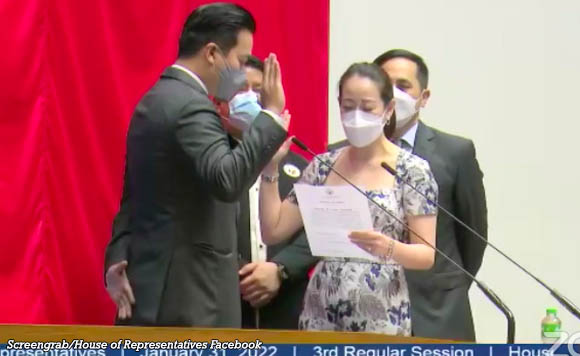 During the plenary session, Pampanga Rep. Rimpy Bondoc moved to allow Alonte to take her oath.

“Mr. Speaker, last March 25, 2021, the honorable Marlyn B Alonte of the lone district of Biñan City was elected as deputy speaker. I move that we allow Deputy Speaker Alonte to take her oath,” Bondoc said.

Speaker Lord Allan Jay Velasco, who presided over the session approved the motion and led the oath-taking.

Alonte is the 33rd Deputy Speaker in the 18th Congress. She took her oath two days before the adjournment of the session on Wednesday.

Politiko would love to hear your views on this...
Post Views: 32
Tags: Congress, Rep. Marlyn Alonte