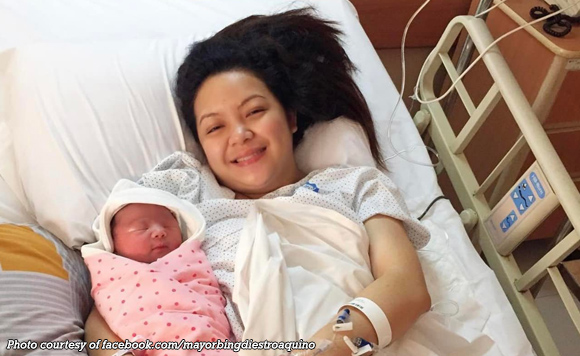 Real Mayor Bing Diestro Aquino feels like the luckiest person to be the mom of her daughter Liv.

Liv celebrated her birthday on January 28, and the doting mom marked the day by sharing 28 of her favorite photos of her daughter on Facebook.

Aquino said Liv is a good child and as early as now, she could tell that her daughter is loving and has a good heart.

She said she has a lot of dreams for her daughter, and she believes she will reach them.

She and her husband would always be there to support her and guide her.

She will never run out of reasons to be proud of her daughter!