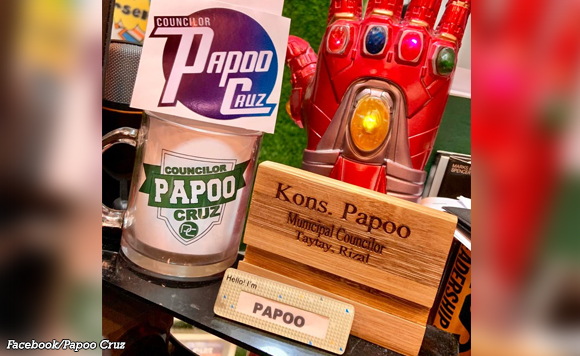 Before he became a politiko, Taytay Councilor Papoo Cruz worked as a service crew in a fast food outlet.

Cruz looked back on his past in a Facebook post as he shared a photo of his name tag from that gig.

In his post, he recalled that he was supposed to be assigned to the counter.

But with his height, he tended to cover the menu, which was why he was given another assignment.

He ended up bussing tables instead.

Now he’s in a different kind of service— public service!