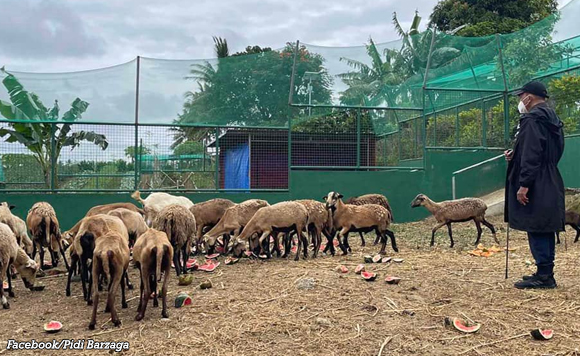 Organic farming is not easy, but Cavite Rep. Pidi Barzaga is determined to carry it out.

In a Facebook post, Barzaga said he has been studying organic farming and has learned that it can be difficult and strict.

He noted that almost all of the feeds that could be bought in the country are not organic because they are made from genetically modified corn seeds.

His pet chickens, sheep, and pigs eat fruits and vegetables.

They also like to munch on leaves of banana plants and Madre de Agua, he said.

Farming is his stress release, but he also wants to study it further so that he could turn it into a livelihood project for Dasmariñas, he said.