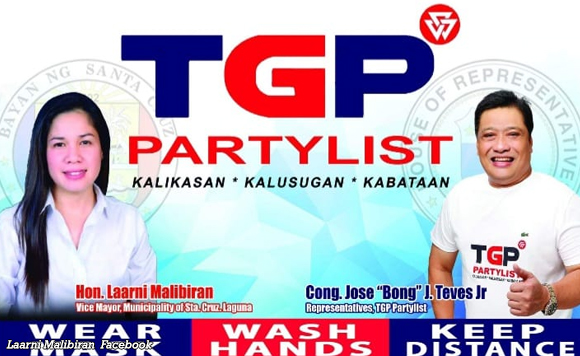 When it comes to party lists, Santa Cruz Vice Mayor Laarni Malibiran only has one choice.

According to her, TGP had been there for her during her lowest point.

She said TGP Rep. Jose Bong Teves Jr. did not think twice about helping her office through its crisis assistance program.

And she is returning the favor by backing the group in the May elections.

She called on her friends, relatives, constituents and the beneficiaries of TGP in Santa Cruz to support its bid to get a seat in congress.

There’s only one choice for her!