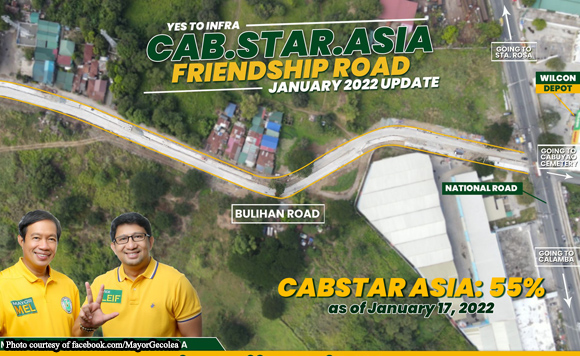 Once completed, it would boost economic activity and ease traffic congestion toward the South Luzon Expressway, he said.

He also said the road was once his dream, and it is now close to becoming a reality.

The road is expected to be competed this April, he said.