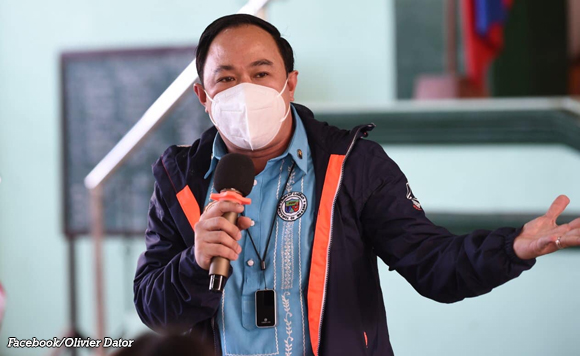 The word ward in Lucban over the delayed budget has come to a head.

Lucban Mayor Olivier Dator has set the date and time for his confrontation with Vice Mayor Moises Villasenor over the failure to approve the 2022 budget.

In a Facebook post, Dator said they should face each other at 9 a.m. on January 19 at the kiosko.

He said he would have a sound system set up in the area and would air the event live so that everybody could witness their discussion.

He set the date of the meeting after the vice mayor, in his own Facebook post, said he was accepting Dator’s challenge to a face off.

Villasenor said he was willing to face the mayor anytime, anywhere.

Dator could bring his department heads who were supposedly bullied, as well as his allies, he said.