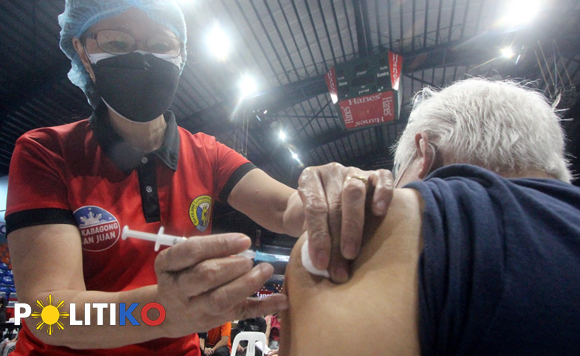 Cavite Rep. Elpidio Barzaga Jr. is pushing for a second round of vaccination after studies showed that a booster shot is not enough to allow the body to make enough protection against COVID-19.

Barzaga said other countries are already administering two additional doses of COVID-19 vaccines to their population to increase their level of protection.

He said Israeli officials are elated by their initial findings on the administration of a fourth shot, which their health experts have found to have significantly boosted the immunity of a vaccinated person.

“If the pandemic response task force decides to undertake a new round of vaccination, it should start with those belonging to the A1, A2, and A3 priority groups composed of health workers, senior citizens, and those with comorbidity,” Barzaga said.

He added that these groups received either the Chinese-made Sinovac or the United Kingdom’s AstraZeneca, the first two vaccines available in the country during the early stage of the pandemic.

“That was in April and May last year, or eight months to nine months ago. By this time, the immunity of the priority sectors might have already waned, if not dissipated,” he pointed out.

Barzaga stressed that if health personnel, the elderly, and those with comorbidity are given a third dose or a booster, it may not be sufficient to restore the protection they had when they received their full two-dose course and to shield them even from the mild Omicron.

“There may be nothing to boost in a vaccinated person’s system,” said Barzaga, president of the National Unity Party.

He cited studies in Hong Kong and the Dominican Republic showing that two doses of a vaccine with lower efficacy followed by a booster did not generate enough immunity against COVID-19.

The researchers said that those who received a full two-dose primary course may need two additional booster shots to attain protective levels against the virus.

Barzaga said based on information he is receiving from friends, those who were vaccinated with the two-dose Sinovac are choosing AstraZeneca, Pfizer, or Moderna as their booster.

“The pandemic response task force can start a new round of vaccination by offering these people two additional doses of Sinovac, of which the government reportedly has ample supply,” he said.

He said Sinovac is the vaccine of choice of many, who claim it does not give rise to side effects similar to those caused by western-made jabs like headache and fever.