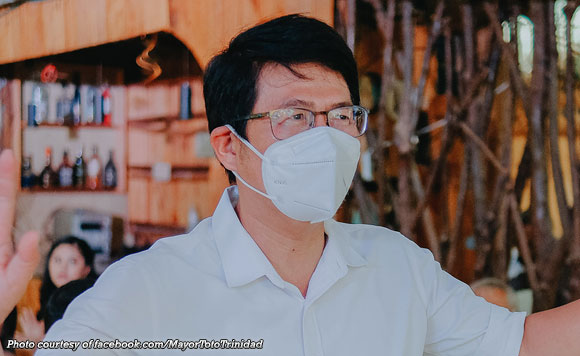 Posters and banners installed along public roads in Pagsanjan would have to go upon the order of the provincial government, according to Mayor Peter Trinidad.

Trinidad said on Facebook that he would comply with the order of Laguna Gov. Ramil Hernandez to implement the ordinance that prohibits the installation of structures and of posters and banners along sidewalks and islands.

Hernandez issued the directive after noting the proliferation of posters, banners, and streamers on utility posts and structures along public roads.

He shared a copy of the governor’s directive to all city and municipal mayors, who are also required to submit a report on their compliance.

Politiko would love to hear your views on this...
Post Views: 8
Tags: Mayor Peter Trinidad, Pagsanjan