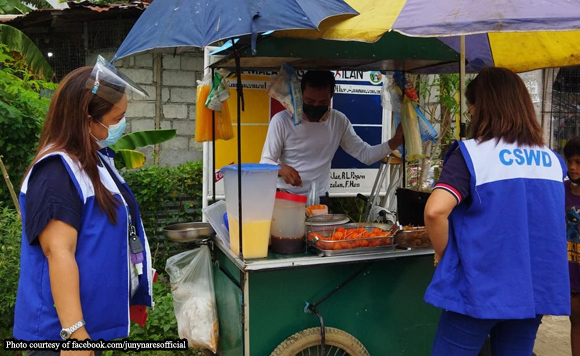 The Antipolo City government has given a hardworking street food vendor the gift of mobility.

The vendor, 42-year-old Christian Bondad, would receive a prosthetic leg from the Antipolo City government, according to Mayor Andrea Ynares.

Bondad lost his leg in 2012 after an accident, which led to an infected wound that made an amputation necessary.

But despite this, he continued to work hard and turned to selling street food, said Ynares.

Bondad dreamed of being able to walk without crutches so that he could move more easily while working, but he could not afford a new prosthetic leg.

Ynares said on Faceboom that the new leg would be the city’s gift to him.

He has already been measured for his new prosthesis and is just waiting for it to be completed, she said.

The mayor said those who have the same condition as Bondad, regardless of whether they are from Antipolo or not, could ask help from the city government if they need prostheses.

They could call the number 8689-4582 or send an email to socialwelfare.antipolo@gmail.com.