Lucban Mayor Olivier Dator is going to get a new granddaughter 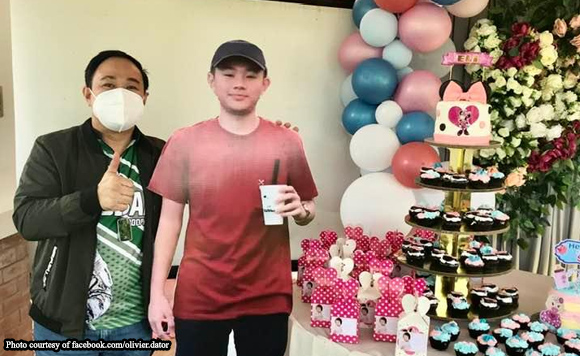 Lucban Mayor Olivier Dator is still mourning the death of his son Moti, but the latter has left behind a blessing: his unborn child.

Dator said in Facebook that Moti’s baby will be a girl.

He said he was sure Moti is happy because he wanted to have a baby girl.

The Lord answered his son’s prayers, said the mayor.

He is very happy for his son and the latter’s girlfriend Janelle, he added.

The family is excited for this new blessing!

Politiko would love to hear your views on this...
Post Views: 1
Tags: Lucban, Moti, Olivier Dator