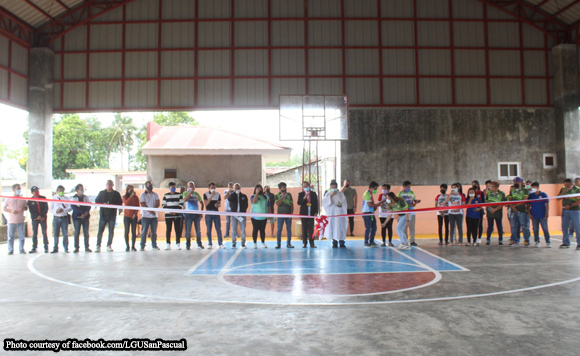 Children and athletes in San Pascual, Batangas have a new place to play in.

Mayor Antonio Dimayuga, Vice Mayor Willy Dimatatac, and the town’s councilors joined the blessing and opening of the court.

The San Pascual local government said the project was funded by the Department of the Interior and Local Government.

It was completed through the efforts of the mayor and the council.

Politiko would love to hear your views on this...
Post Views: 4
Tags: Batangas, Children and athletes, San Pascual