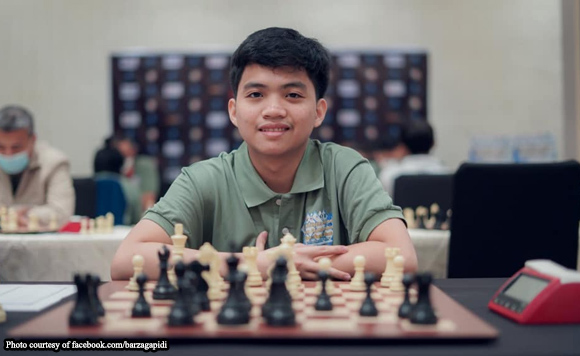 The 2021 National Chess Champion Daniel Quizon is assured of support from the Dasmariñas local government after his stellar showing in the competition.

The 17-year-old Quizon was the youngest competitor and emerged on top at the end of the games held in Mactan, Cebu, according to Cavite Rep. Pidi Barzaga, who lauded the boy’s achievement.

Quizon will represent the country in the Southeast Asian Games in Vietnam in 2022, he said.

The lawmaker said he has been supporting Quizon since he was 11 years old as he saw the boy’s talent and potential to be a grandmaster even at a young age.

He wished Quizon well in his future competitions and assured him of his support.