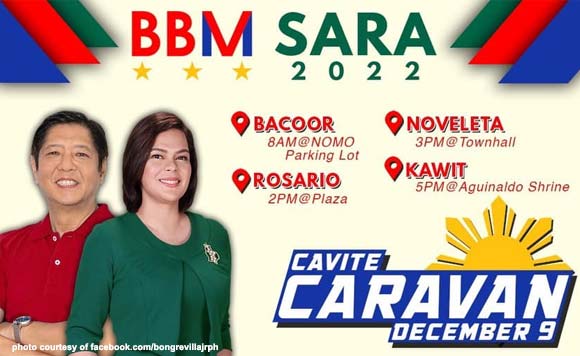 It’s time for Caviteños to show their support for the Marcos-Duterte team, according to Sen. Bong Revilla Jr.

Revilla said the Cavite Caravan of the Uniteam will start off in Bacoor and motor toward Kawit, Noveleta, and Rosario.

He called on the people of the province to show their warm welcome to the duo.