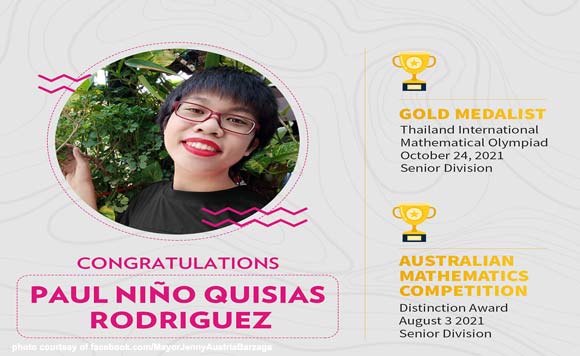 A young student has made Kawit proud with his international achievements.

Kawit Mayor Angelo Aguinaldo congratulated Rodriguez for his achievements that have brought honor to his hometown.