Duterte: ​‘There are things I have to do before retiring’ 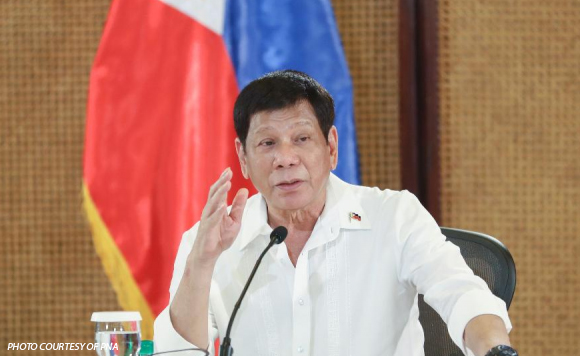 MANILA – President Rodrigo Duterte on Monday said he ditched his plan to retire from politics after his term ends in June next year because there are still goals he wants to achieve.

“There are just things that I have to do before retiring. But not really staying for something na (that) it’s no longer our time,” Duterte said in a speech in General Santos City.

Duterte did not elaborate what these goals are but reiterated that “there’s always a time for everything.” He is running for senator in the 2022 elections.

“A time to be great, a time to be small, a time to be a shining star, but a time to fade and just maghanap ka na lang ng kanto kung saan magkakasya. Ganoon ang tingin namin sa buhay namin (look for a place to fit in. That’s what we think about life),” he added.

Duterte said it does not really matter if his administration was remembered for their accomplishments because it is their job to serve the country and people.

“We do not really care if we are remembered or not. That’s something na (that’s) irrelevant kasi (because) as I have said trabaho namin ‘yan (it’s our job) and we are just doing what we are supposed to do,” he said.

On October 2, Duterte announced that he will retire from politics.

He, however, surprised many when he filed his candidacy for senator via a representative in the 2022 elections.

His certificate of candidacy was filed by representative Melchor Aranas during the last day of the filing of statements of withdrawal and substitution at the Commission on Elections (Comelec) in Intramuros, Manila on November 15.

He substituted a certain Mona Liza Visorde, who withdrew her certificate of candidacy for senator.

The PDP-Laban earlier planned to field Duterte as vice president with his long-time aide, Senator Christopher “Bong” Go as president.

He later withdrew his vice presidential bid in consideration of public sentiment that his intent to seek the second top post violates the Constitution.

He was referring to the June 23 to 26 polls conducted by the Social Weather Stations (SWS), which showed that 60 percent of 1,200 adult Filipinos believed that his vice-presidential run could violate the intention of the Constitution, “which should be amended first before he may run for office again.” (PNA)