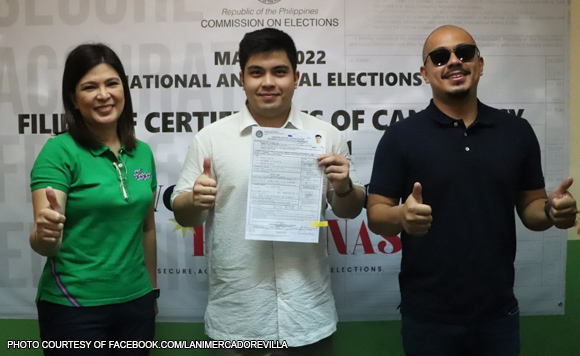 Bacoor Mayor Lani Mercado-Revilla’s sons want to add to the Revillas who are in Philippine politics.

In a Facebook post, the mayor said her son Ramon Vicente “Ram Revilla” Bautista will run for Cavite Board Member.

He substitutes for his brother Bryan Revilla, who will instead be the first nominee of Agimat party list.

If they’re successful in their bids, they will be the latest members of the clan who will be in public office.

Politics is a family thing for them!

“Ramon Vicente “Ram Revilla” Bautista has filed his certificate of candidacy as Board Member of the 2nd district of Cavite (Lone District of Bacoor). He substitutes for his brother Bryan Revilla who will be the first nominee of AGIMAT Partylist,” the mayor posted.