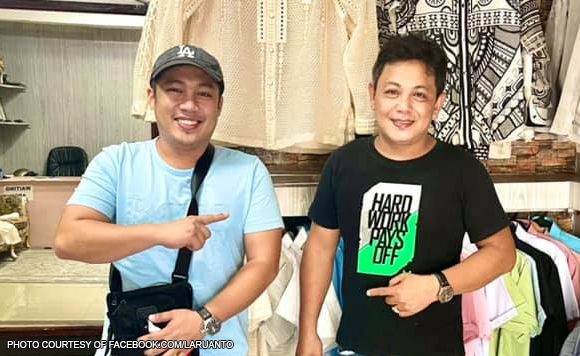 Infanta Vice Mayor LA Ruanto got to look good in a new barong for a wedding, thanks to internationally recognized Filipino designer Frederick Berches.

Ruanto showed off his designer barong in a Facebook post, and said he was able to get it in record time.

According to Ruanto, he was set to buy a ready to wear barong for a wedding where he would be a sponsor, as his old ones were too tight for comfort.

But Berches came to the rescue, telling him that he would make a new barong for him in a few hours.

He thought the designer was just joking, but Berches had a new barong ready for him.

It looked good on him and fit well, he said.

Thanks to Berches, he’s OOTD ready!