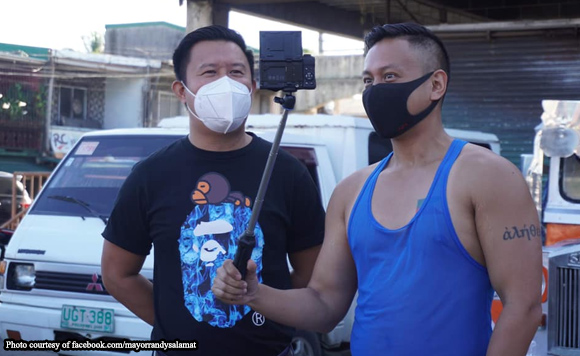 Alfonso Mayor Randy Salamat is going to show a new side of himself in vlogger Mikey Bustos’ next video.

This is because Salamat is going to be in Bustos’ next parody video.

Salamat shared the news in a Facebook post and said he was excited for it to come out.

He also thanked Bustos for choosing to shoot his video in Alfonso, the Hidden Gem of the South.

Watch out for the mayor’s role!

Thank you for choosing the Hidden Gem of the South as your shoot venue!