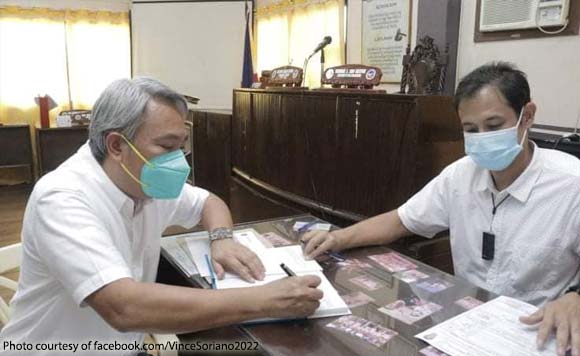 Pakil, Laguna Mayor Vince Soriano filed his Certificate of Candidacy on Friday to officially start his reelection bid in next year’s election.

Soriano was accompanied by his party mates at Lakas-CMD during his COC filing.

“I AM YOUR MAYOR VINCE SORIANO AND I AM RUNNING FOR RE-ELECTION,” the mayor said.

The Politiko is gunning for his 3rd straight term as Pakil’s top local official.