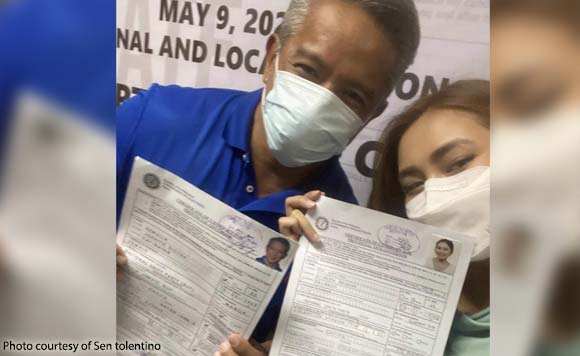 Two of Cavite’s political powerhouses have once again joined forces for the upcoming 2022 elections.

Athena’s father who is also the current president of the Philippine Olympic Committee (POC) will run as mayor of Tagaytay City while her mother, incumbent City Mayor Dr. Agnes Tolentino will exchange political posts with her husband and will run as representative of the province 8th congressional district.

The Remulla-Tolentino alliance is expected to consolidate votes from upland and lowland portions of the province.

Cavite is the second most vote-rich province in the country, with at least 2.2-million voters, next only to Cebu Province. (JCC)