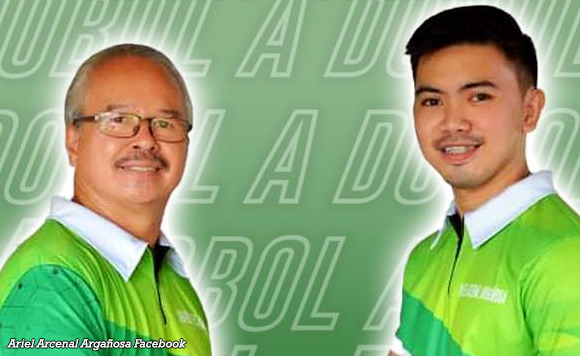 Majayjay Vice Mayor Ariel Argañosa has chosen his running mate for next year’s elections, and it’s not the incumbent.

Argañosa said that in the past months, he had been working without allies even if it had not been easy.

He chose to carry on, and had not been bereft of blessings, he said.

He believes that the Lord would not abandon him, he added.

He also said there were people who put their trust in him even though he was alone, and did not judge him based on his age but based on his capacity to serve.

And now, he has chosen to team up with one of these people for the next elections.

The Double A team is ready!

Politiko would love to hear your views on this...
Post Views: 23
Tags: Ariel Argañosa, Majayjay