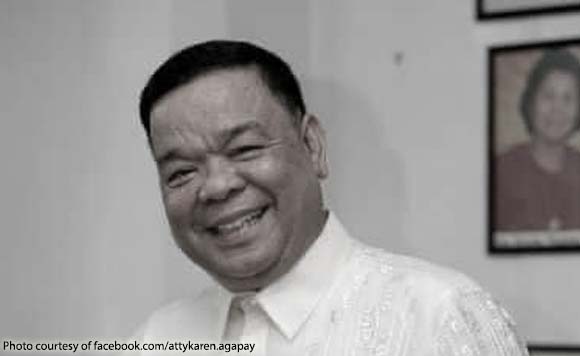 In a Facebook post, Agapay paid tribute to Paraiso, who she said had been a compassionate lawyer and a dedicated public servant.

She said his friendship and his legacy will not be forgotten by people whose lives he touched.

She condoled with his family and friends and the people of Lumban.

He will be missed!

“Another sad farewell and thank you to one of my consultants, former Mayor Atty Wilfredo Paraiso of Lumban, Laguna… Your friendship and legacy will remain in the hearts of those who became part of your journey, both as a compassionate lawyer and a dedicated public servant.