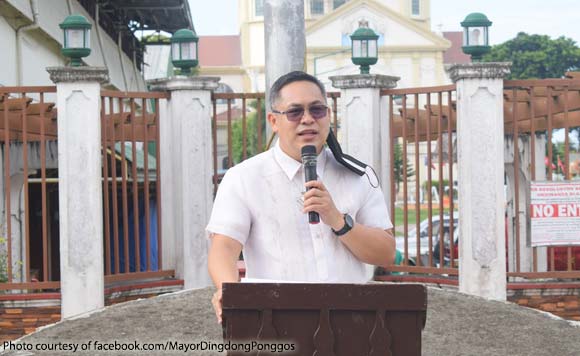 In a Facebook post, the mayor likened people who talk eagerly and casually about other people to crows.

He said: “The only bird that dares to peck an Eagle is the Crow. He sits on his back and bites his neck.”

The Politiko added that the eagle isn’t getting intimidated by the crow’s activities. Instead, the eagle just opens its wings and begins to rise higher in the heavens.

“The higher the flight, the harder it is for the Crow to breathe and then the Crow falls due to lack of oxygen,” Ponggos said.

He added: “Learn from the Eagle and don’t fight the Crows. Just keep ascending. They might be along for the ride but they’ll fall off.”

“The people who are talking behind your back or using you as the subject of their gossips are like the crows. They love to ride on you to rise higher but they will never keep up with your level of excellence.”

Politiko would love to hear your views on this...
Post Views: 9
Tags: Alitagtag, Batangas, Edilberto Ponggos