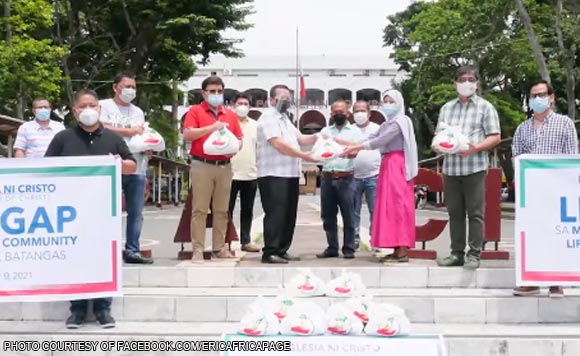 Lipa Mayor Eric Africa has promised to build an Islamic cemetery for the Muslim community in his city.

Speaking before his Muslim constituents during a relief program led by the religious group Iglesia Ni Cristo, the Politiko said his government has already allocated funds for the establishment of the Muslim cecmetry.

Muslims have been struggling in burying their dead for lack of proper burial grounds in other. Some had to be brought to provinces that have a Muslim cemetery or go home to Mindanao.