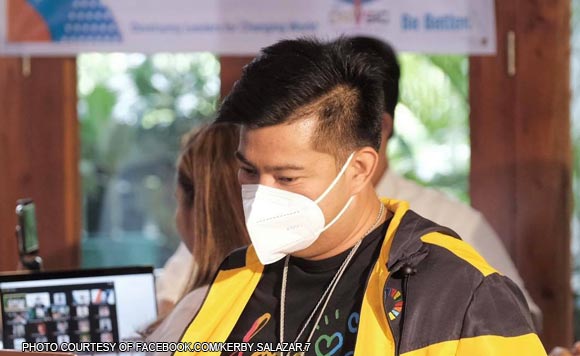 Cavite Board Member Kerby Salazar took to social media to unveil a politician who appears to have forgotten the support he received from the province after his recent election as mayor.

In a Facebook post, Salazar said the Politiko, then a Vice Mayor running for Senator in 2016, seemed to have been “blinded by power.”

“In 2016 a good friend of mine asked help if I could help and support her then Vice Mayor who was running for Senator. Since parehas kaming nagsimula sa Local Government naisip ko na magandang tulungan at suportahan siya kasi maaaring ramdam at dama niya ang problema sa lokal,” Salazar said.

He then led his fellow National Movement of Young Legislators (NMYL)- Cavite, a group of elected local lawmakers in the vote-rich province to support the then vice mayor throughout the campaign period.

However, when the Vice Mayor became Mayor in the 2019 elections, Salazar said the Politiko have forgotten him and those who supported him in his 2016 senatorial campaign.

“Power can blind people but let us not be blind when 2022 comes. Let us vote as if our lives depend on it, because it really does. Hindi pa huli ang lahat, Pilipinas,” he added.

Salazar did not identify who he was referring to. But one man fit his description: Manila Mayor Isko Moreno.

In 2016, Isko, then vice mayor of Manila, ran for Senator under the Partido Galing at Puso coalition of presidential candidate and Senator Grace Poe. He lost in his bid, placing 16th overall.

Politiko would love to hear your views on this...
Post Views: 84
Tags: Cavite, Kerby Salazar, politician