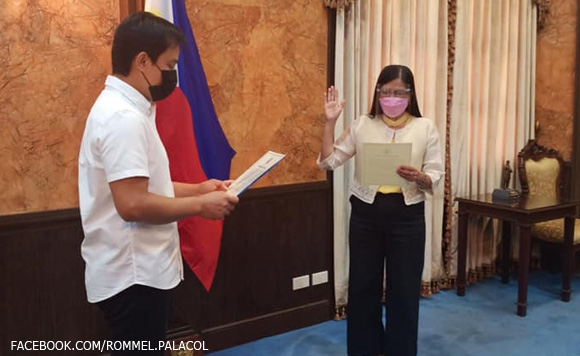 Mayor Gertrudes Andaya was sworn in as the chief executive of Famy to replace the late Mayor Edwin Pangilinan who died of COVID-19 last March.

The two officials were sworn in by Laguna Governor Ramil Hernandez.