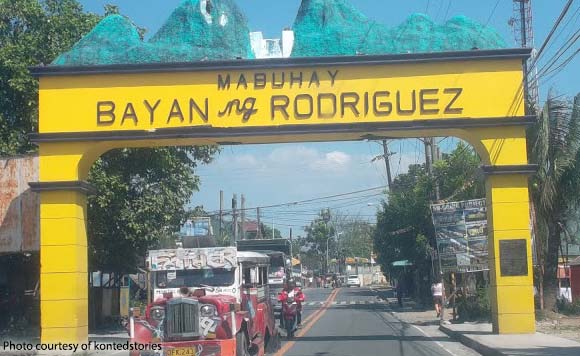 The House Committee on Local Government has endorsed to the plenary a measure renaming Rodriguez, Rizal.

Under House Bill 8899 authored by Rizal Rep. Fidel Nograles the name of the town will be reverted to Montalban.

The renaming shall be effective upon ratification of the majority of the votes cast by qualified voters in a plebiscite to be conducted by the Commission on Elections.

Nograles said that it has been 40 years since the municipality has been renamed but the place is still commonly referred to as Montalban.

“It has become standard practice in the area to mention Montalban when referring to Rodriguez as a form of clarification. Truly, the people have always identified themselves with the name Montalban. Thus, not only is the use of Montalban practical given its widespread use and awareness, but more importantly, the use of Montalban gives its people a sense of pride and connection with the rich history of their land, their home, their people,” said Nograles in his bill.

The town was renamed after former Senate President and Rizal Governor Eulogio Amang Rodriguez who was born in Montalban.

Politiko would love to hear your views on this...
Post Views: 97
Tags: Montalban, Rizal, Rodriguez