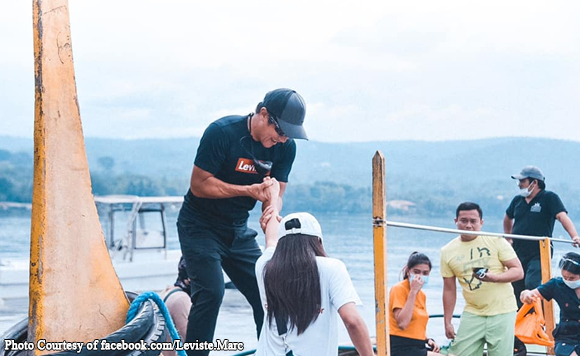 The COVID 19 pandemic has seemed to overshadow the effects of Taal Volcano’s eruption in January, but Batangas Vice Gov. Mark Leviste is glad that there are those who have not forgotten the Taal victims.

In a Facebook post, Leviste thanked Sen. Manny Pacquiao for visiting and bringing aid to the people of Laurel and Agoncillo, which were among the hardest hit by the eruption.

The Vice Governor visited the areas affected by the volcanic eruption recently, and said he was overwhelmed by the scene that it left behind.

There were ruined houes, buried churches, washed out trees, and ash-gray landscapes.

But with the help of generous souls, the affected Batangas towns could rise again!