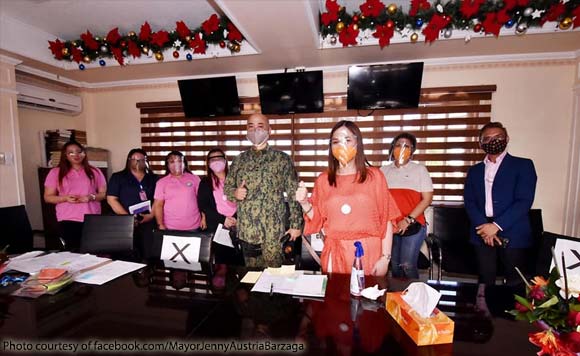 Dasmarinas had been in good hands under Lt. Col. Richard Ian Ang, but it now has to say farewell to him.

But before Ang moved on to his next assignment, Dasmarinas Mayor Jenny Barzaga lauded him for his achievements.

In a Facebook post, Barzaga said Ang did an amazing job and brought home several awards and recognitions for maintaining peace and order in the city.

He also fostered deep camaraderie and friendship with its people because of his warmth and humility, she said.

She believes he will move on to achieve greater things, and said Dasmarinas will always be proud of him.

He will always be the city’s adopted son!

You have done an amazing job to the City of Dasmariñas by bringing home several awards and recognition in maintaining peace and order and building deep camaraderie and friendship with your warmth and very humble personality.

Your journey has just started to achieving greater things and we, Dasmarineños, will always be proud to having you as an adopted son of the city.

You will sorely be missed and Goodluck, PLTCOL RITA!,” Barzaga posted.