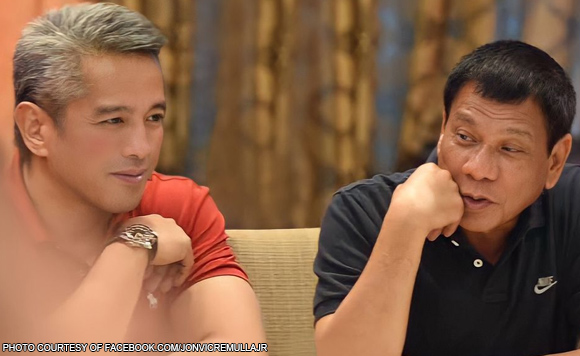 Criticizing red-tagging does not make one a communist.

In a Facebook post, Remulla said red-tagging in public is “unfair, unjust and downright cruel” because it puts people’s lives in danger, apart from destroying their reputation.

But this does not mean he is for communism, as he does not believe in inciting rebellion nor using terrorism as a means of forcing a change in government.

What he is is a progressive, who believes that the the government’s role is to bring about change for the better and to administer the power of the state for good.

In the same post, Remulla declared his support for the President.

He believes the chief executive is a patriot, regardless of what critics say.

The President may have his shortcomings, but his being elected to the post is destiny, said Remulla.

“Nearly all men can stand adversity, but if you want to test a man’s character … give him POWER.”

This is because I believe that red-tagging people in a very public manner is unfair, unjust and downright cruel.

It puts people’s lives and security at risk, not to mention the unthinkable damage to one’s reputation.

I am also aware that there are a few wrong impressions about me, due to my positioning on many issues.

Let me set the record straight:

1. I am a staunch ANTI-COMMUNIST. I do not believe in inciting rebellion nor using terrorism as a means of forcing a change in government. The constitution may not be perfect, but I am duty bound to support and follow it.

2. I am a PROGRESSIVE. I believe that the role of government is to effect change for the better and to administer the power of the state for good.

3. I believe in dissent as long as it is PEACEFUL. I always make it a point to listen and to reflect. I may seldom agree but I always pick up INSIGHTS relative to what people believe in and/or are fighting for.

4. I believe in GENDER equality. I believe that empowering women will fundamentally drive better and more sustainable development outcomes for all, including placing the world back on a footing to achieve more.

5. Lastly, I believe in our Chief Executive, Rody Duterte.

I join all of you in discerning and choosing the next crop of leaders who will point us in the direction to achieve collective ACTION. Thus, it is my hope that our prayers for a better tomorrow be answered

“Nearly all men can stand adversity, but if you want to test a man’s character … give…