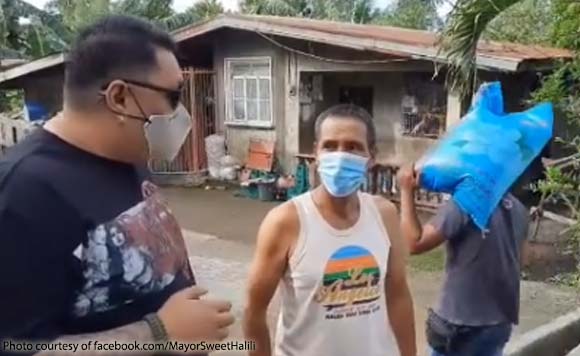 In a Facebook post, Halili siad that she sent rice to the family of a traffic enforcer who was removed from his post after being accused of extorting from a motorists.

She was worried that the enforcer’s family might not have something to eat amid the pandemic after he was sacked, she said.

She also said she would give him another chance to work but would assign him to another department after he completes his 15-day community service to clean up the cemetery.

Let’s hope he has learned his lesson!