Quezon Rep. Helen Tan is happy to be back as health committee chair 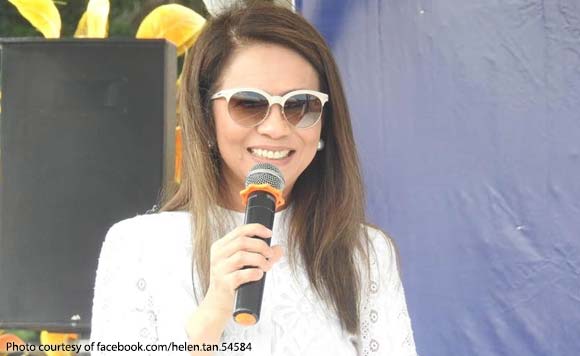 The leadership row in the House of Representatives led to Quezon Rep. Helen Tan losing her post as health committee chair.

But this only lasted a short while.

Tan is now back at the helm of the panel, and she has her party, the Nationalist People’s Coalition, to thank.

The NPC is a supporter of new Speaker Lord Allan Velasco.

In a Facebook post, Tan thanked NPC head Senate President Vicente Sotto III for his role in reinstating her to the health panel.

She has long been loyal to the NPC, starting from her first term, she said.

“Salamat sa aking NPC family headed by Senate President Tito Sotto, I was reinstated as Chair of Committee on Health last night. Salamat po sa tiwala. I am a loyal member of the party since my first term.

Politiko would love to hear your views on this...
Spread the Love
Tags: health committee chair, Quezon, Rep. Helen Tan